The Linux terminal has a number of useful commands that can display running processes, kill them, and change their priority level.

Each unix process has two ID numbers assigned to it: The Process ID (pid) and the Parent process ID (ppid). Each user process in the system has a parent process.

When you start a process (run a command), there are two ways you can run it −

By default, every process that you start runs in the foreground. If the command is like “ls” it will print the output, and, exit the command, most likely when a persistent program runs it stays and the terminal actively shows that running, events are displayed in the screen, in other words, the terminal becomes exclusively part of the program.

The advantage of running a process in the background is that you can run other commands; you do not have to wait until it completes to start another. Meaning the terminal is no longer exclusive to that newprocess.

Sending a program to foreground or background

use jobs to list the programs running for that terminal.

As we can see the program is running in the foreground

To send it to the background stop it (Ctrl + z) , and then run bg command 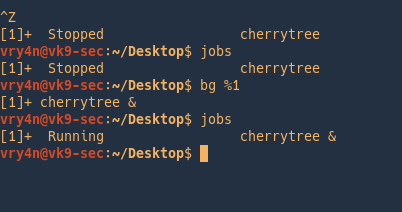 2. Show all information of all processes running

-e = Select all processes. Identical to -A 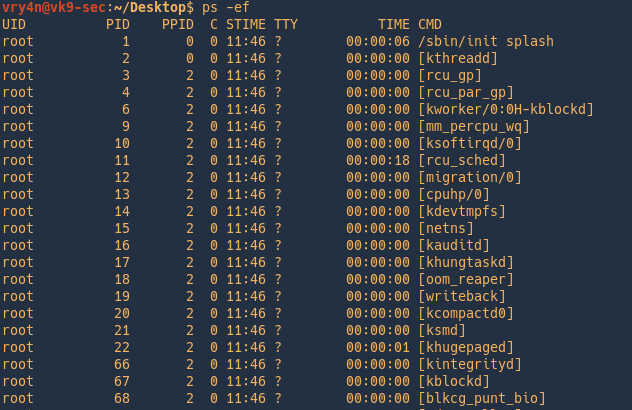 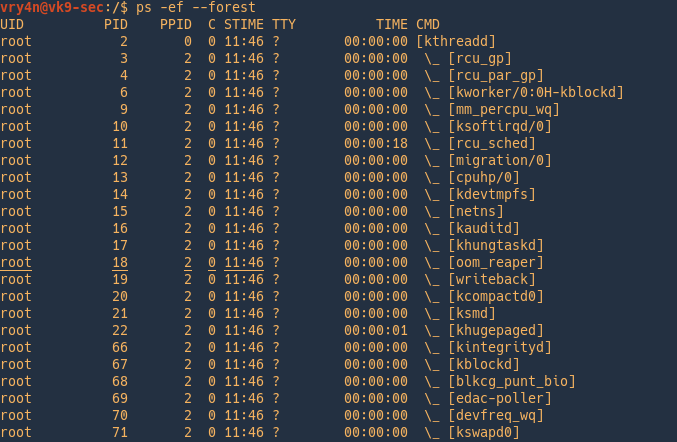 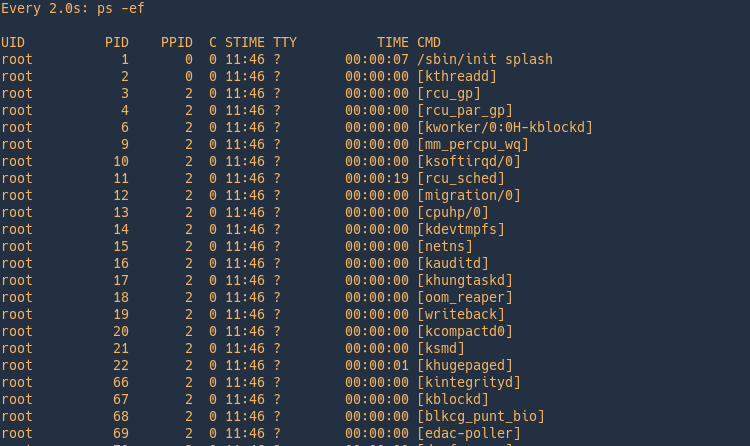 Display a tree of processes 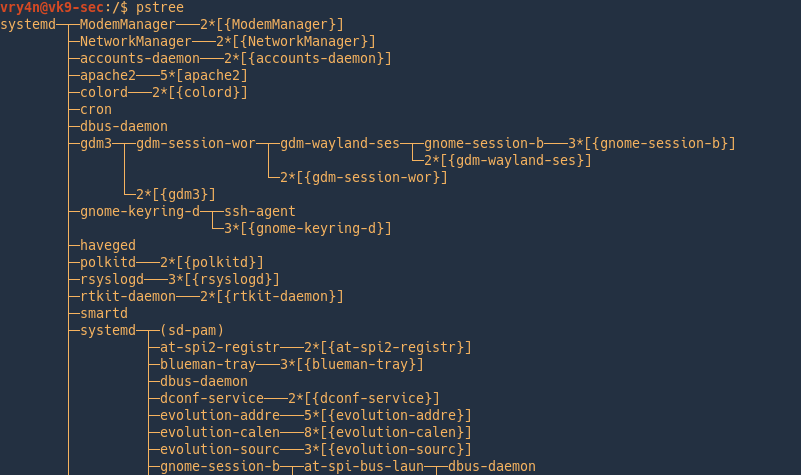 Print the tree with PID 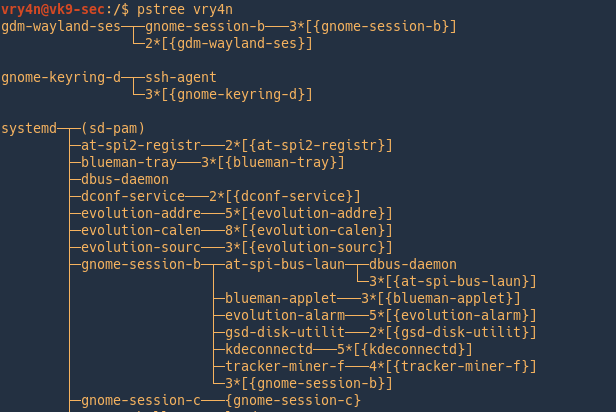 top command is used to show the Linux processes. It provides a dynamic real-time view of the running system. 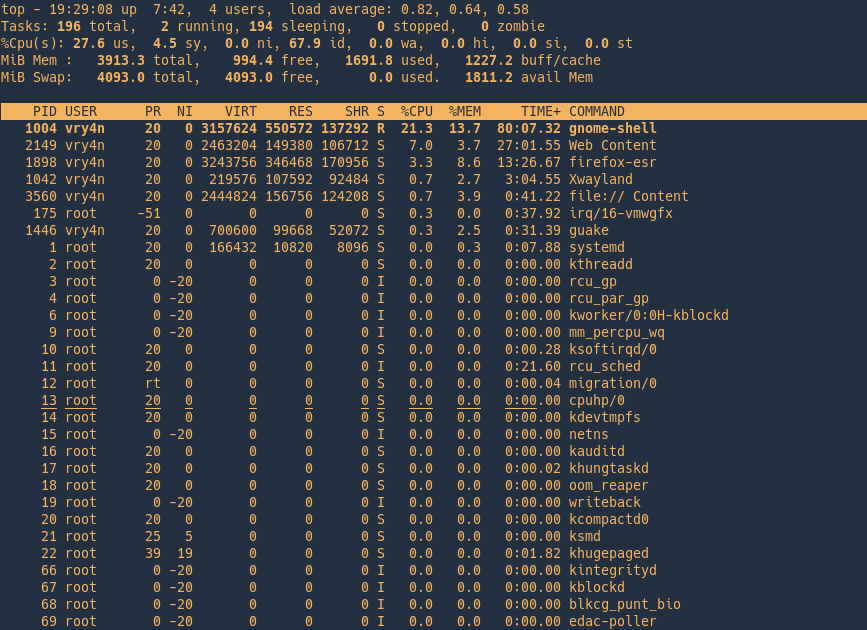 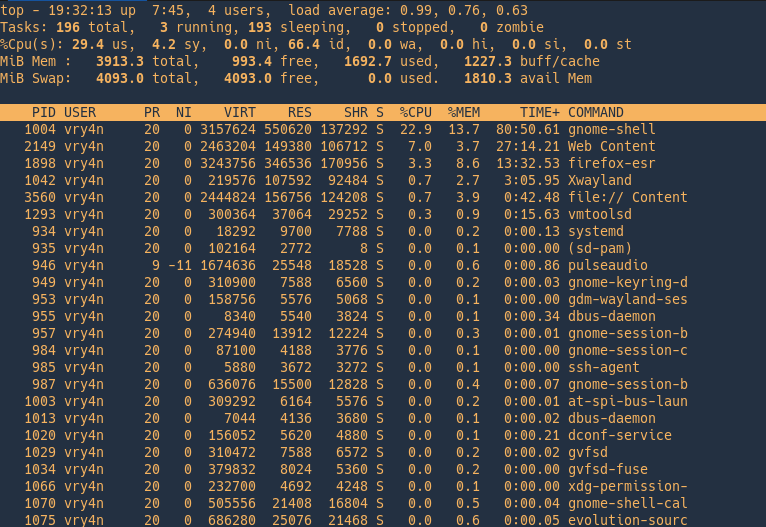 While running to you can run commands

Use ‘h’ to display help menu 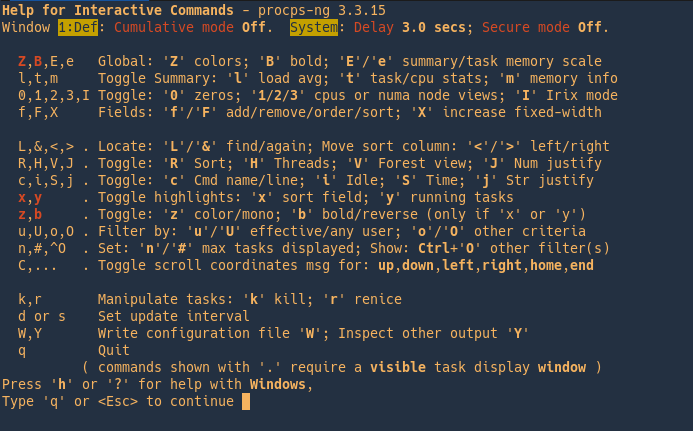 In this example we will kill Firefox, PID 4758

Choose the signal to send the kill

pgrep returns the process IDs that match it.

-f = The pattern is normally only matched against the process name. When -f is set, the full command line is used.

-a = List the full command line as well as the process ID.

Different OS distributions can have different default values for new processes. The simplest method to determine the default value is to simply run the nice command with no arguments.

Changing the nice value of a new process

The nice command itself will run the supplied command with the desired niceness value. This time the value is one, overwriting the default 0

Changing the nice value of a running process

To change the niceness value of a running process we will utilize the renice command.

Normally, when a child process is killed, the parent process is updated via a SIGCHLD signal. Then the parent can do some other task or restart a new child as needed.

Daemons are system-related background processes that often run with the permissions of root and services requests from other processes.

A daemon has no controlling terminal. It cannot open /dev/tty. If you do a "ps -ef" and look at the tty field, all daemons will have a ? for the tty.

Send a signal to a process. The default signal for kill is TERM. Use -l or -L to list available signals. Particularly useful signals include HUP, INT, KILL, STOP, CONT, and 0. Alternate signals may be specified in three ways: -9, -SIGKILL or -KILL.

pkill kills processes based on name and other attributes

Kill a process by name

A process may not continue to run when you log out or close your terminal. This special case can be avoided by preceding the command you want to run with the nohup command.

Proc file system (procfs) is virtual file system built at run time. It contains the useful information about the processes that are currently running, it is regarded as control and information centre for kernel. 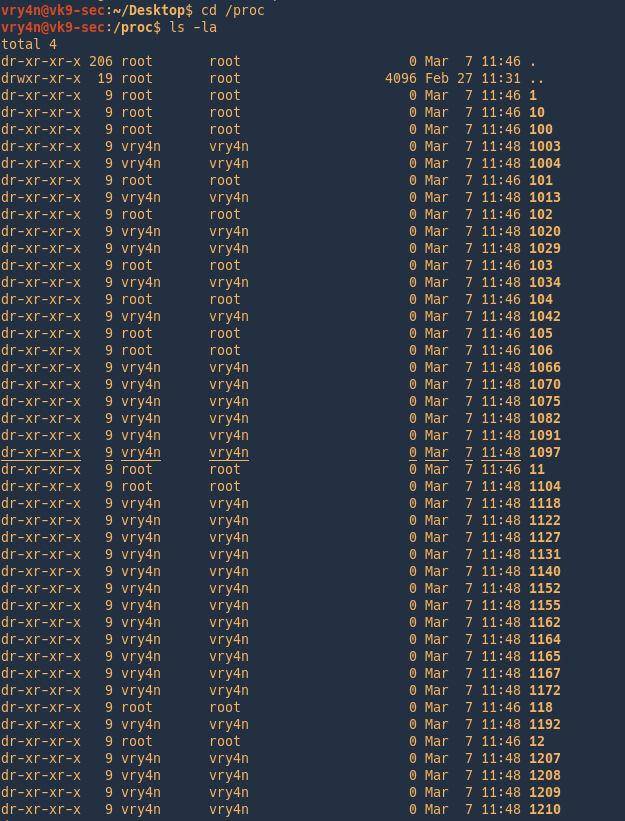 Examining a process using /proc as an example

We now know that cherrytree has the pid of 6832, there is also a directory with that name within /proc.

Change to the pid folder 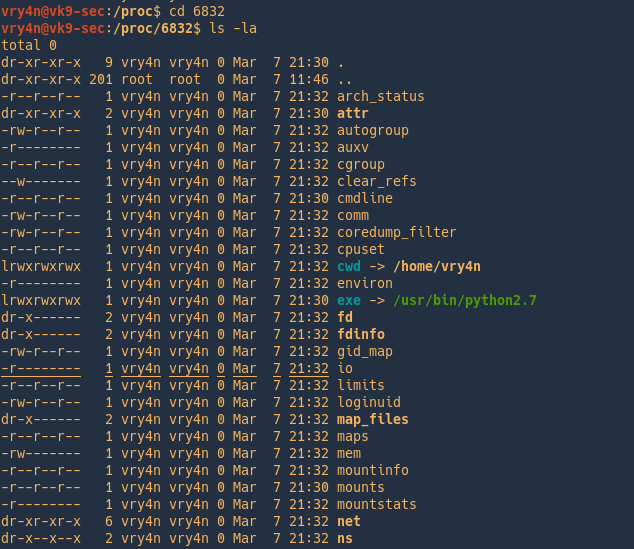 Below you have a summary of the most important files and directories within each process directory.

Important files with /proc besides the process specific directories