This script is to find out about available exploits in Windows.

>> systeminfo.txt => create a file and append the output to it

2. Download the file systeminfo.txt we just created into Kali/Parrot Linux.

Now we have system info to work with 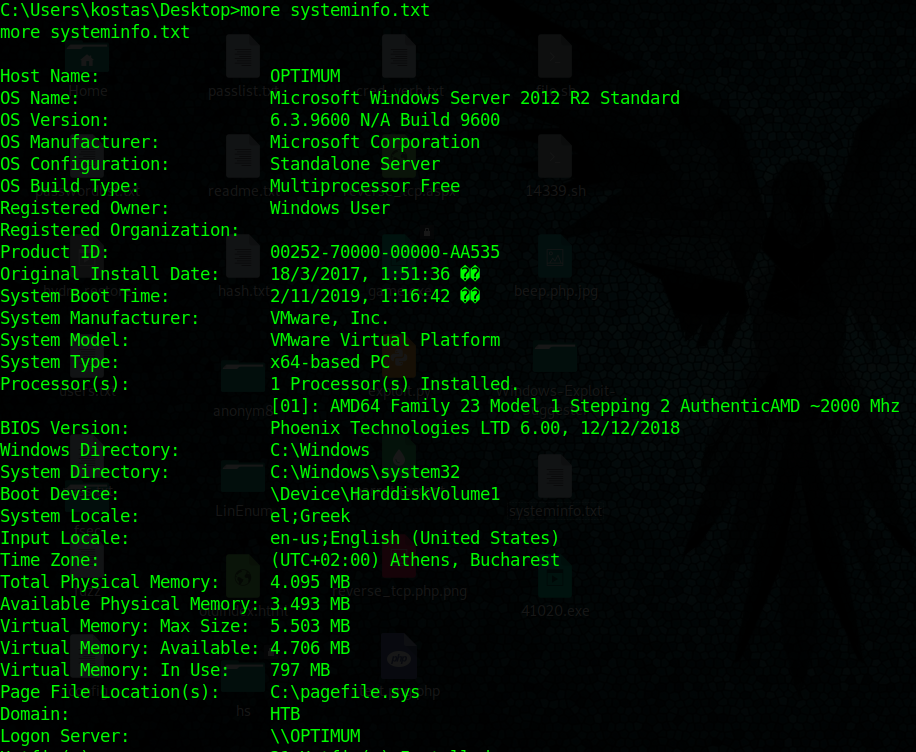 3. Download, update, and install required libraries to run the script.

4. Analyze the systeminfo.txt file we downloaded from the host with windows-exploit-suggester 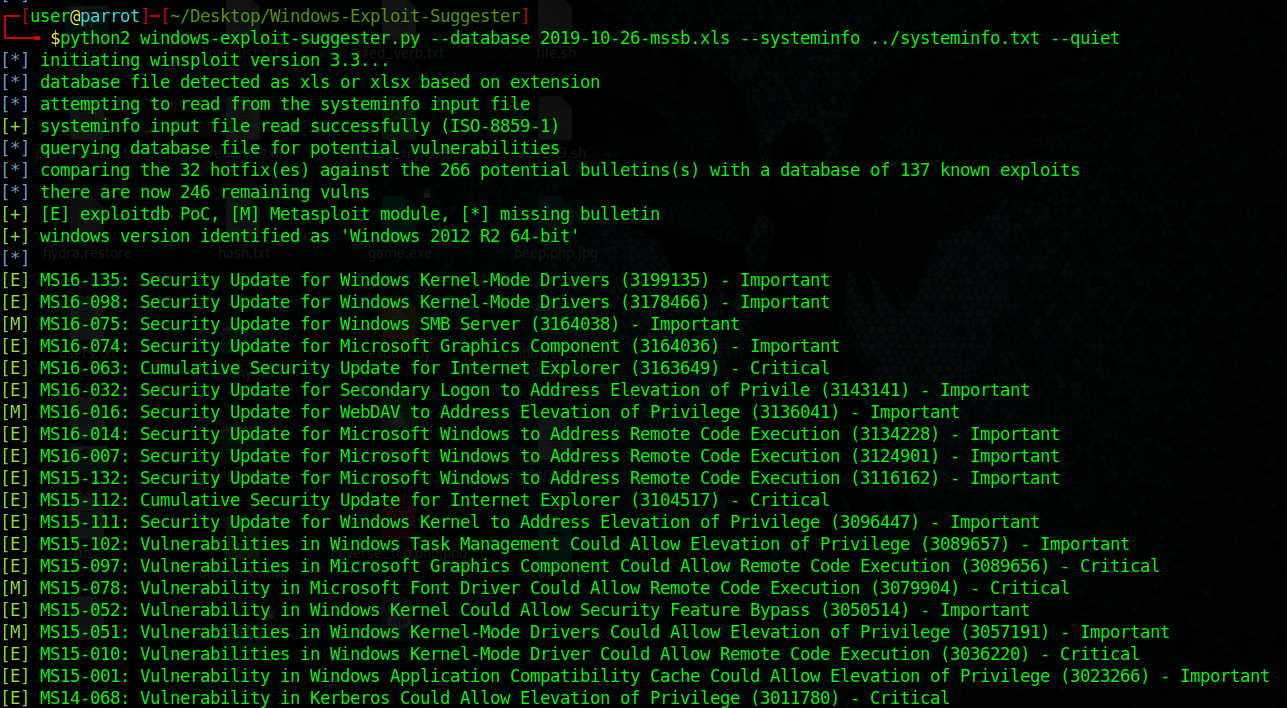 Sometimes in windows, we discover services that run with SYSTEM level privileges but doesn’t have proper permissions set by an administrator. These services mostly exist in third party software and these services are the best Read more…

WinPEAS is a script that search for possible paths to escalate privileges on Windows hosts. This writing is about how to run it, and, complete Post-Exploitation activities How to 1. Download the script from GitHub Read more…