FTP is a method to access and share files on the internet. The protocol is a way to communicate between computers on a TCP/IP network, FTP is a TCP based service exclusively and it is a client-server protocol where a client will communicate with a server.

"File Transfer Protocol," can transfer files between any computers that have an Inter communication, and also works between computers using totally different operating systems.

Anonymous FTP is a type of FTP that allows users to access files and other data without needing an ID or password.

How does it work

There are two distinct communication channels while establishing an FTP connection.

he FTP server may support Active or Passive connections or both. Most FTP client programs select passive connection mode by default because server administrators prefer it as a safety measure.  Firewalls generally block connections that are "initiated" from the outside.  Using passive mode, the FTP client (like Auto FTP Manager) is "reaching out" to the server to make the connection.  The firewall will allow these outgoing connections, meaning that no special adjustments to firewall settings are required.

Active FTP connection, the client opens a port and listens and the server actively connects to it.

From the server-side firewall's standpoint, to support active mode FTP the following communication channels need to be opened:

Passive FTP connection, the server opens a port and listens (passively) and the client connects to it.  You must grant Auto FTP Manager access to the Internet and to choose the right type of FTP Connection Mode

From the server-side firewall's standpoint, to support passive mode FTP the following communication channels need to be opened: 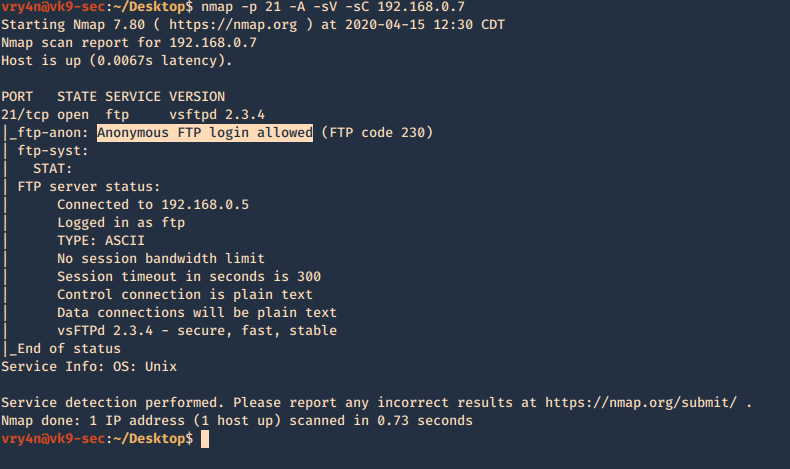 Secure banner: Edit the config file located in /etc, in our case it is named vsftpd.conf, enable custom banner, by uncommenting the line:

Then restart the service and test again. 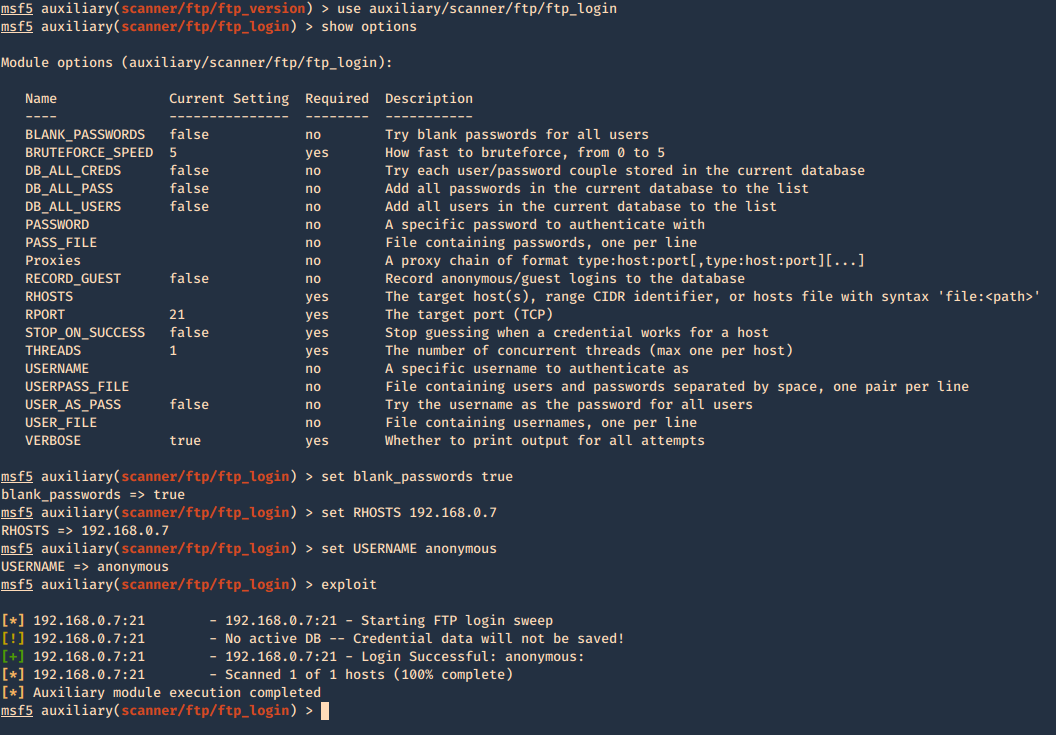 You can set password, username lists, stop on success, etc.

3. Find the privileges of anonymous login

2. Once authenticated, you are permitted to run commands depending on permissions of the user.

3. Since, we have read permission we could download the file

There are other methods to enumerate ftp like capturing network traffic, sometime ftp is sent over insecure networks.

Once, you get log in you can explore and navigate through the file system, read or even write files.