Restricted shells are conceptually shells with restricted permissions, with features and commands working under a very peculiar environment, built to keep users in a secure and controlled environment, allowing them just the minimum necessary to perform their daily operations.

Once hackers get a low privileged shell, even a restricted one, it’s time to try to escape normal restrictions and get more features and privileges to play with. This is where restricted shell escaping techniques come into play. Escaping shell restrictions is just a small part of Penetration Testing Post Exploitation phase, designed to escalate privileges.

Sometimes a restricted shell can block the commands with / or the redirecting outputs like >,>>

There is a lot of different restricted shells to choose from. Some of them are just normal shells with some simple common restrictions not actually configurable, such as rbash (restricted Bash), rzsh and rksh (Korn Shell in restricted mode), which are really trivial to bypass.

Others have a complete configuration set that can be redesigned to fit administrator’s needs such as lshell (Limited Shell) and rssh (Restricted Secure Shell).

Once we have access to a restricted shell, before we can go any further on all techniques, the first step is to gather as much information as possible about our current shell environment.

Try to determine what kind of shell you are in. This is not easy depending on the configuration in place, but can be performed by issuing some commands and checking for general error messages.

Here are some error message examples from different restricted shells around

Linux pagers are simple utilities that allow us to see the output of a particular command or text file, that is too big to fit the screen, in a paged way. The most well-known are “more” and “less”. Pagers also have escape features to execute scripts.

The command “man”, used to display manual pages for Linux commands, also has escape features. Simply use the man command to display any command manual

we can read files 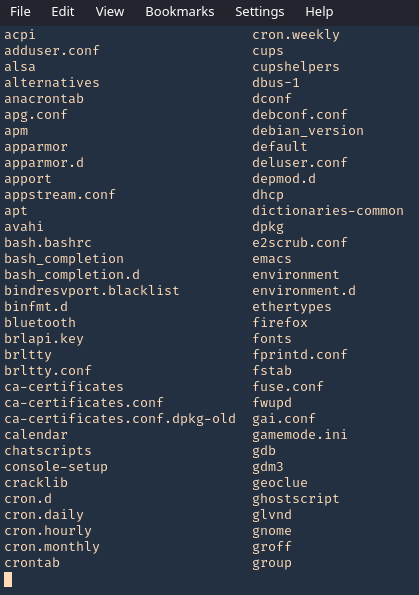