Shellshock is effectively a Remote Command Execution vulnerability in BASH. The vulnerability relies in the fact that BASH incorrectly executes trailing commands when it imports a function definition stored into an environment variable.

A lot of programs like SSH, telnet, CGI scripts allow bash to run in the background allowing the vulnerability to be exploited remotely over the network which makes it more scary. Shellshock can be exploited in

This vulnerability is exploitable via multiple vectors (DHCP, HTTP, SIP, FTP, and SMTP) and could allow an attacker to inject and execute arbitrary commands on a vulnerable system. 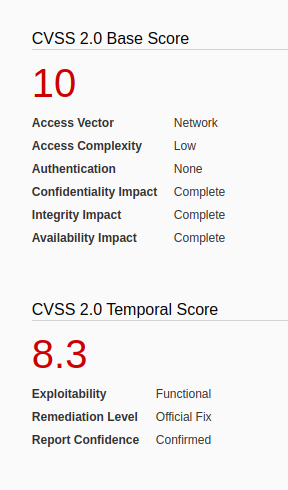 The vulnerability affects versions 1.14 through 4.3 of GNU Bash.

Bash supports environment variables. They contain information about your login session, stored for the system shell to use when executing commands.

1. Bash functions are blocks of code that can be used in .sh scripts to execute an instruction. These can be used as one line piece of code, interpreted by bash

2. These functions can also be set as environment variables

2. A simple test to check if your Bash is vulnerable. (local test)

The way this proof of concept works is that bash functions can be exported to environment variables. When code is added to the end of the function definition inside the variable, it gets executed when the shell is invoked ("bash -c").

Remediation is obviously going to be most successful by applying patches to affected systems. Check with relevant vendors for updated information. This is also an opportunity to review systems for unused services, like FTP, Telnet, and DCHPd, and disable them when they are not required.

PhpTax is free software to do your U.S. income taxes. Tested under Unix environment. The program generates .pdfs that can be printed and sent to the IRS. http://sourceforge.net/projects/phptax/ An attacker might write to arbitrary files Read more…

PHP library pChart 2.1.3 (and possibly previous versions) by default contains an examples folder, where the application is vulnerable to Directory Traversal and Cross-Site Scripting (XSS). This has been taken from (https://www.exploit-db.com/exploits/31173) Exploiting Directory Traversal Read more…

Lotus CMS is a content management system built using PHP as a programming language, created by a company called Vipana LLC. This CMS is no longer being developed or maintained by its team, so download Read more…