WES-NG is a tool based on the output of Windows' systeminfo utility which provides the list of vulnerabilities the OS is vulnerable to, including any exploits for these vulnerabilities. Every Windows OS between Windows XP and Windows 10, including their Windows Server counterparts, is supported. (https://github.com/bitsadmin/wesng)

2. This tool is written in Python 3, so make sure it is installed on your computer

At the bottom we can find examples 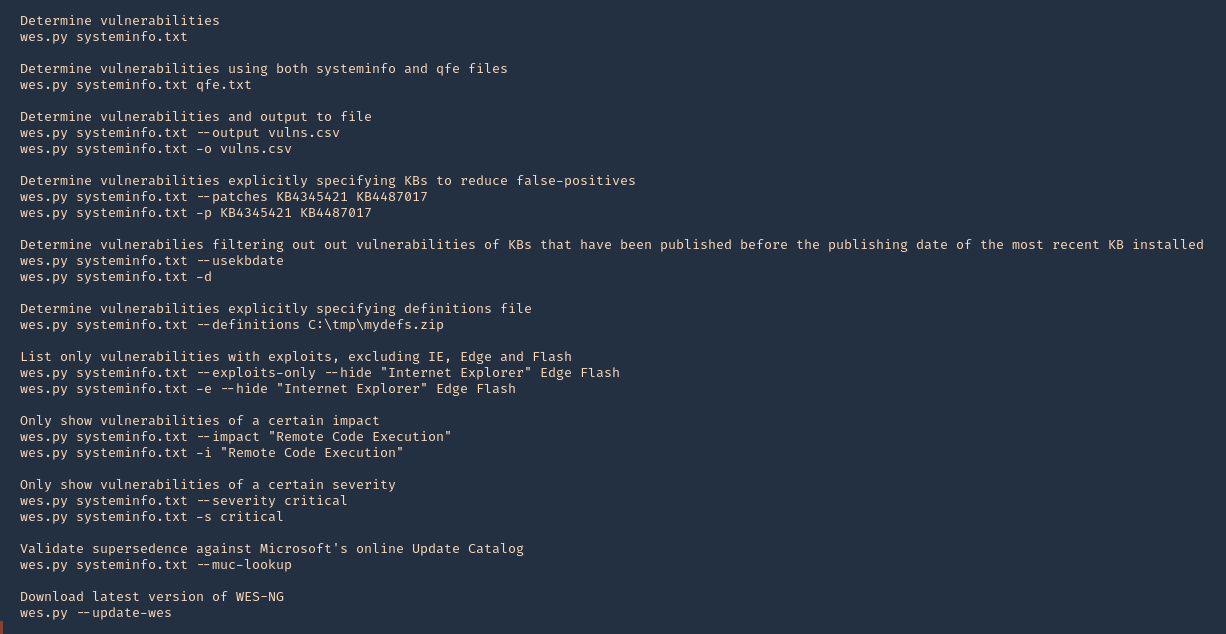 6. Basic analysis. On the remote Windows Workstation or Server, run systeminfo.exe. Copy and paste the info to your kali machine 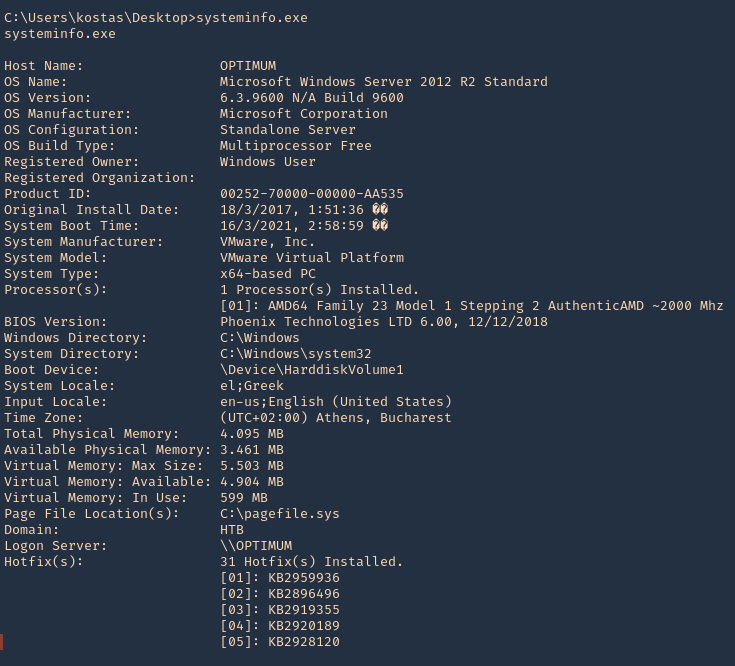 7. Having output in Kali we will run the application against the file 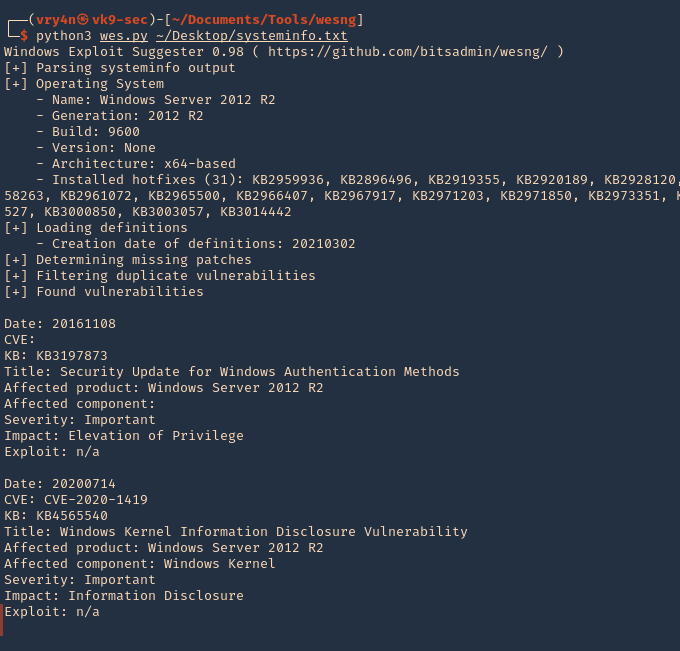 Note. This will give us a general overview of the KBs

8. To filter by KB with known exploit 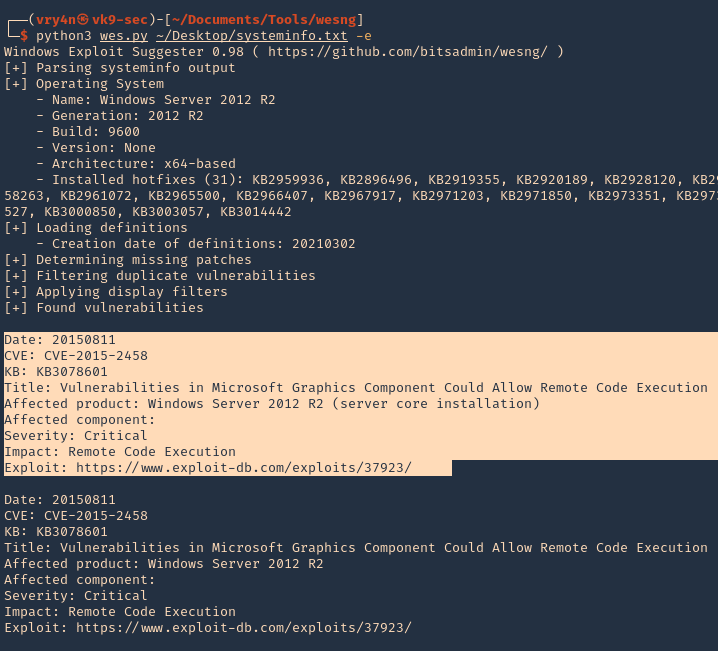 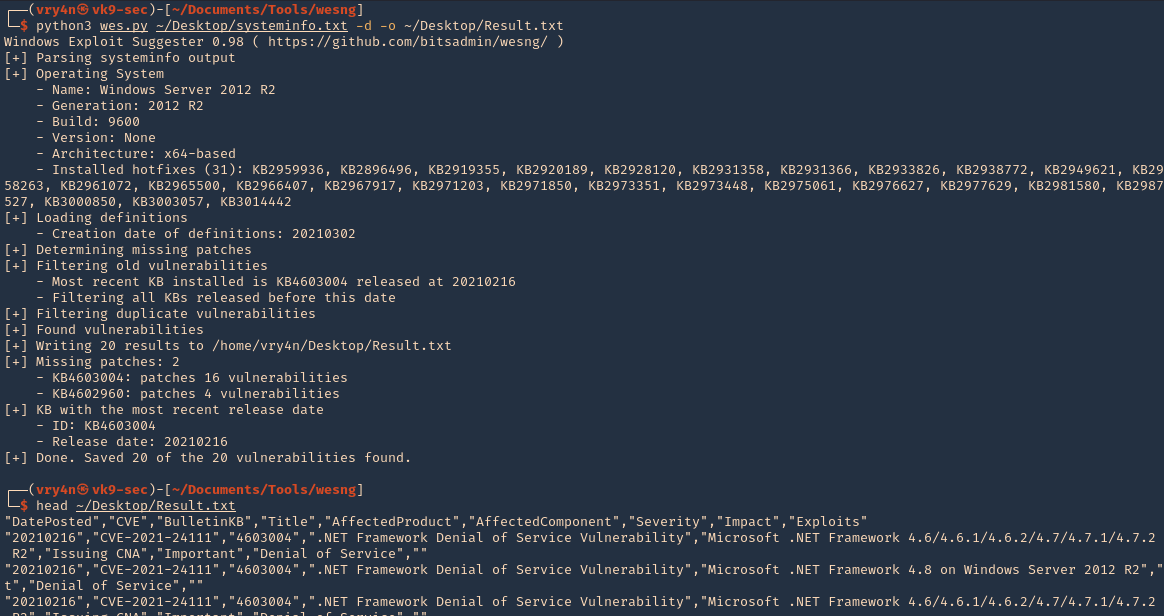